Skip to content
You are here
Home > Podcast Episodes > Endurance Hour: How Does Anemia Impact Your Health, Fitness and Performance 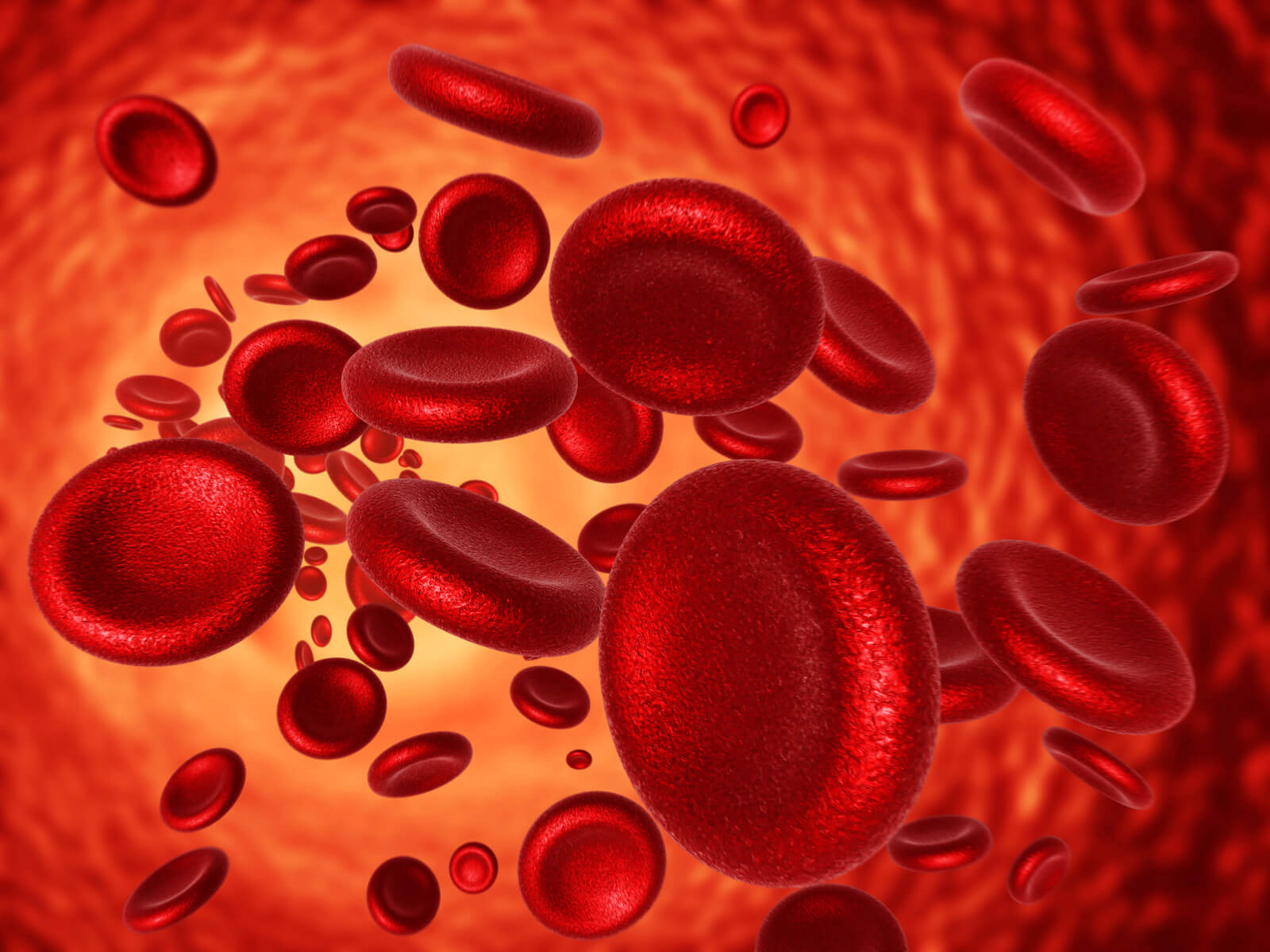 In August of 2015  I went in for a physical to get my heart and iron levels checked.  For some reason, I was struggling with my breathing during Ironman Boulder and was worried it might be a symptom of something bigger  (IM Boulder Race Report here.)  When I learned that my ferritin, the major protein concerned with iron storage levels, was 8 (normal is 12-15) my first thought was “Why was I anemic?  I feel fine” .

I’ve always associated anemia with fatigue and exhaustion.  Some friends of mine have struggled with extreme fatigue issues, barely able to work, often taking months to build back their stores before feeling ‘normal’ again.

So I started doing some research with the following questions in mind:

I am sure many folks thought, myself included, that anemia was related to not eating animal products.   I have been vegetarian most of my life (no red meat) and tried my first vegan based nutrition eating plan in 2008.  I ended up having the race of my life that year. After reading the Paleo Diet for athletes in 2009, I ate red meat obsessively for 6 months and had my iron levels tested, which have always been in the low normal range.

Then I started following a plant based nutrition lifestyle again in 2012.  I had my iron checked in in 2013 and again in 2014, still maintaining low normal levels. So this is a new issue for me, something that has happened over the past 8 months.

I wanted to share the research with you.  Please keep in mind I am not a medical professional. I got most of my information from following the Plant Based Dietitian,   Vegan RD and pub med

There are three main reasons people become anemic: blood loss, a reduction in the body’s ability to produce new red blood cells, or an illness that leads to increased destruction of red blood. The most common cause, not limited to nutritional deficiency is actually menstruation in women as this monthly loss of blood leads to depleted iron stores over time.

Anemia Signs and Symptoms
People who are anemic most often experience fatigue. I have not.  As an athlete, it is normal to feel tired after a long training session. I found out when you’re anemic, you feel weary after shorter and shorter periods of exertion as your body’s cells become starved for oxygen (weakness and short of breath during Ironman). Other symptoms associated with anemia include: Shortness of breath (I am more breathless when I run, even at a casual pace) irritability, weakness, dizziness, cold hands and feet (normal for me), or irregular heartbeat, chest pain (the cause of getting tested).

Iron is one of those nutrients many people tend to think only exists in animal products (like vitamin B12, Calcium, and protein). Many plant foods are great sources of iron, especially leafy green vegetables (kale, collards, turnip greens, mustard greens, dandelion greens, chard, spinach), lentils and legumes.

I eat a healthy variety of beans, greens, fruits, and vegetables. For those the know me and are part of my Health, Fitness and Sport group or Plant Based Recipe sharing group on Facebook, know that  I eat lots of tofu, beans, lentils, and leafy greens! All excellent sources of iron! After doing reading more research from the Plant Based Dietician and Vegan R.D, both of whom I follow of  Facebook and twitter for the latest research on plant based nutrition, I think being vegan actually allowed me to continue functioning at a higher level, despite the anemia.

The culprit is – like my mother and 40% of all American women, and maybe as much as 75% of women in my age group – is my monthly, and for the past 6 months, bi-monthly menstruation.  I’ve always had a heavy “flow,” and because I’ve never experienced any pain, cramping or other discomfort, I never thought anything about it until this year (2015) when my cycle started happening 2 times a month.  Then when I stopped performing in my sport, I needed to figure out the underling issue.

“When the amount of blood loss is greater than your body’s ability to replace the lost red blood cells, you can become anemic. Women who experience heavy menstrual periods, for example, and people who have internal bleeding due to ulcers or other digestive problems, are at the greatest risk for anemia. Sometimes this type of blood loss is silent and unrecognized until anemia shows up on a blood test” Click here to learn more.

I have been very mindful about maximizing my Iron absorption by eating my normal iron rich foods with Vitamin C foods.  After doing research, I learned that NON-vegans actually have a HIGHER risk of being anemic than vegans. Dairy blocks iron absorption and vegans naturally eat more Vitamin C rich foods which increase iron absorption.  I am now drinking spinach smoothies daily with added hemp protein which is high in Iron, and blending in orange juice instead of Almond milk. I am taking an iron supplement called Hema-Plex.  Eating an orange or other Vitamin-C rich foods with your meal increases iron absorption greatly – some sources say up to 600%! The weekend after Ironman Boulder, I ran 40 miles during the Ragnar relay. I ran well.  I knew I had the endurance, just not the top end speed. The following weekend I hiked up Longs Peak.  After talking to some friends, I was worried that I might be doing more harm by continuing to train. My doctor, as well as other medical professionals I consulted, confirmed that as long as I keep taking my supplements,  I can keep doing what I do.  But if I feel any shortness of breath or pressure around my heart I need to stop. Two weeks after climbing Longs Peak, I raced the Boulder Sunset Triathlon. I did not feel great on the run;  total glycogen depletion.

After 4 weeks of taking supplements, I noticed a change. I actually felt like running.  I ran 4 days in a row.  I raced the Black Squirrel Half Marathon, and actually had some breath in me to finish strong.  I’m going to continue tracking my  progress.

If you are diagnosed with anemia, don’t immediately assume it is your diet. Please have yourself checked out for other physical causes first. If you are a woman, heavy menstruation might be the cause or fibroids, or other female issues.  Keep in mind that athletes who regularly workout at a high intensity, may be at a greater risk of anemia.   Ironman posted related article for athletes about getting a full medical check up each here, read it here.

I hope you found this helpful.  You’re are more than welcome to email wendy@t2coaching.com  if you have any questions, comments or concerns – Coach Wendy

If you have a Health, Fitness or Sports-related question?  Use the voicemail option (see gray bar on right side of your screen) and leave us a voicemail from your desktop, laptop or cell phone. 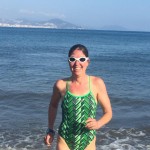 About Author: Wendy Mader is the co-founder and owner of T2Coaching and has made a lifelong commitment to fitness, sports, coaching, and triathlon. From her youth as a competitive swimmer to her current career in the fitness industry, her dedication shines. Wendy is a former collegiate swimmer and has 25 years experience in triathlon including 15 Ironman’s. Wendy is also an Ironman University Certified Coach, an 8x Kona finisher and author of “How To Swim Faster in 30 Days“.  Wendy recently moved to Georgia with her husband and dogs after nearly two decades living in Colorado.

- Need motivation, support, and guidance in your pursuit of fitness
- Looking to get in-shape for an upcoming event or activity?
- Unsure of how to get started and what to do?

We will send you a new 30 minute workout everyday for the next 30 days to your phone via video/text message (6 Days On, 1 Day Off: Active Recovery)

Here's how it works. You'll first get a personalized video the day before your workout followed by a text version. If applicable, you'll also get a private video link to demonstrations on how to perform each exercise.

Your job is to complete the workout and then text us back photo-proof in the form of watch data, sweaty selfie, equipment display, etc. Your choice. That's it.

It's a daily accountability support system designed to boost your fitness goals, habits and lifestyle. You can do this and we can help!

Run Only, Bike Only, Swim Only or bike/run combo

All Bike and Run Workouts are Based on Your Rate of Perceived Exertion.

Membership is only $59 - All Sessions Begin the First of Every Month - Limited to 20 New Athletes Each Month - Signup Early!

We're so glad you clicked that button. You've taken the first step and that's a big deal. Ok, let's get started. First things first. Text (please don't call) 509-850-5940 today with the following information: 1) First and Last name 2) City and State (for timezone purposes) 3) The Accountability Package you want to complete - A) 30 Days of Swimming - B) 30 Days of Cycling - C) 30 Days of Running - D) 30 Days of Swim, Bike Run - E) 30 Days of Strength Training / Cardio 4) Your Start Date 5) Pick Coach Wendy or Coach Dave We'll then send you a Paypal link to complete your membership. As a friendly reminder, you'll be required to text your coach photo-proof of your daily workouts (watch data, sweaty selfie, equipment display, etc). There are no refunds so make these 30 days count. You can do this and we're here to help keep you accountable! Dave & Wendy The Endurance Hour Team Note: All information provided by the ENDURANCE HOUR team is of a general nature. No information is to be taken as medical or other health advice pertaining to any individual specific health or medical condition. You agree that use of this information is at your own risk and hold the ENDURANCE HOUR team harmless from any and all losses, liabilities, injuries or damages resulting from any and all claims. By participating, you understand that your success depends upon your commitment.