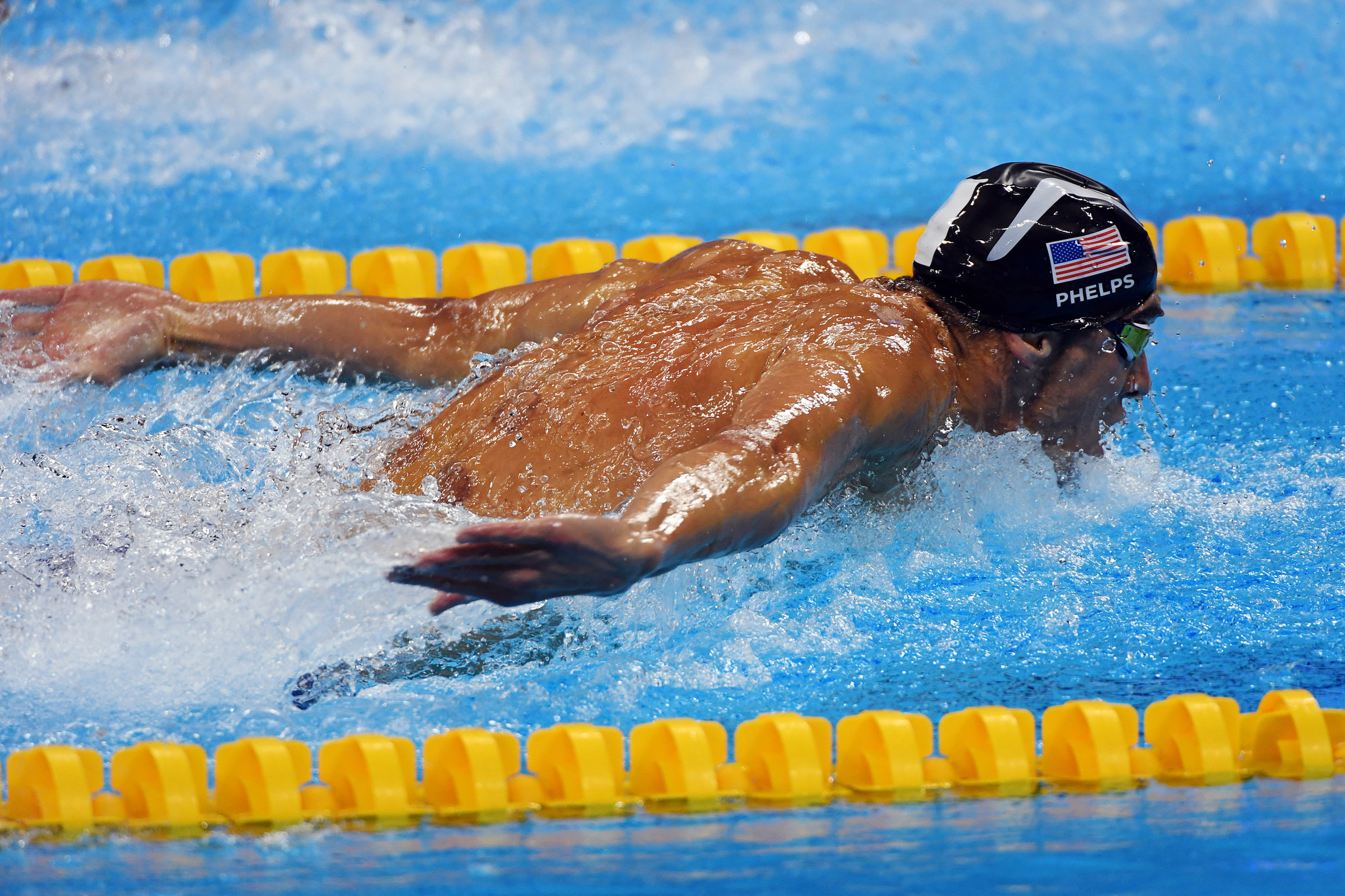 Michael Phelps is the most decorated Olympian of all time, with a total of 28 medals. Phelps also holds the all-time records for Olympic gold medals (23), Olympic gold medals in individual events (13), and Olympic medals in individual events (16). In winning eight gold medals at the 2008 Beijing Games, Phelps broke fellow American swimmer Mark Spitz’s record of seven first-place finishes at any single Olympic Games. At the 2012 Summer Olympics in London, Phelps won four gold and two silver medals, and at the 2016 Summer Olympics in Rio de Janeiro, he won five gold medals and one silver. This made him the most successful athlete of the Games for the fourth Olympics in a row.

It’s known that Phelps possesses a phenomenal physique as well. Boasting a wingspan that’s longer than his own height, hypermobility at joints such as his ankles, and a lower lactic production rate coupled with a faster recovery, Phelps seems to be genetically engineered for Olympic victory. However, if you were to ask his coaches for the biggest reason that made Phelps so overwhelmingly successful, they’d tell you that the answer does not lie in any part of his physique, but what goes on in his head (and techniques). Here’re some tested and proven tips used by the legend himself:

Using the correct tools/gear for the sport.

Phelps often likes to incorporate the right training tools into his workout regime. Things such as music (as evidenced by his penchant for earphone usage just before a race begins) during extended training session, speedo training gear, training paddles and so on. Keeping your motivation and rhythm up during a long workout session with music and the right gear greatly helps you maintain efficiency in your regime!

Forge a love for drills or training.

It’s tough, but essential. Quoting Phelps himself: “For me, some of the most effective drills focus on vertical kicking and underwater kicking… It’s painful, but very effective. Another important drill for me is sculling. It really helps me maintain my feel for the water.” While some of us can easily see how long swims build up endurance for your races or events, small workouts like these matter a lot too. They could be intense and exhausting, but no effort is left unrewarded- Hit those drills for the sake of your perfect form!

Giving yourself time to rest and recover.

The best and most effective athletes always revere their rest periods, and almost regard them as sacrosanct. Phelps is no different. “Sleep is also a big part of my recovery, it’s really important that my body gets enough rest so that I’m ready to go for my next race or training session.” There are no two ways about it- Sleep and cooldown days are essential for your body to maintain in peak form through, and even machines do suffer from exhaustion if you overwork them.

Maintain a dogged discipline and positive attitude towards training and races.

No doubt the biggest factor behind Phelps’ numerous victories, keeping focus on your goals in each and every workout leading up to the big race goes a long way towards an actual podium finish. Remembering your drills during training helps too, such as the time when Phelps’ goggles filled with water during the Beijing Olympics: By remembering how many strokes he needed to get up and down the pool, he could overcome the vision disadvantage and still power through to victory in the 200m Butterfly final. Align yourself with a mindset for victory, and victory certainly follows- especially in this case for Phelps.

To check out more and find an instructor to guide you on your olympic dream, check out http://www.prevalearn.com right now! By Javier Ng – Article Source

Join Coach Wendy Mader and Dave Erickson for a FREE 21-day video course focused on swimming, strength and fun! Each workout builds on a foundation of success from the day before. Try it out. We also include additional resources and links with each email. Sign up below and get started today.

Congrats! Now check your email to confirm your subscription.